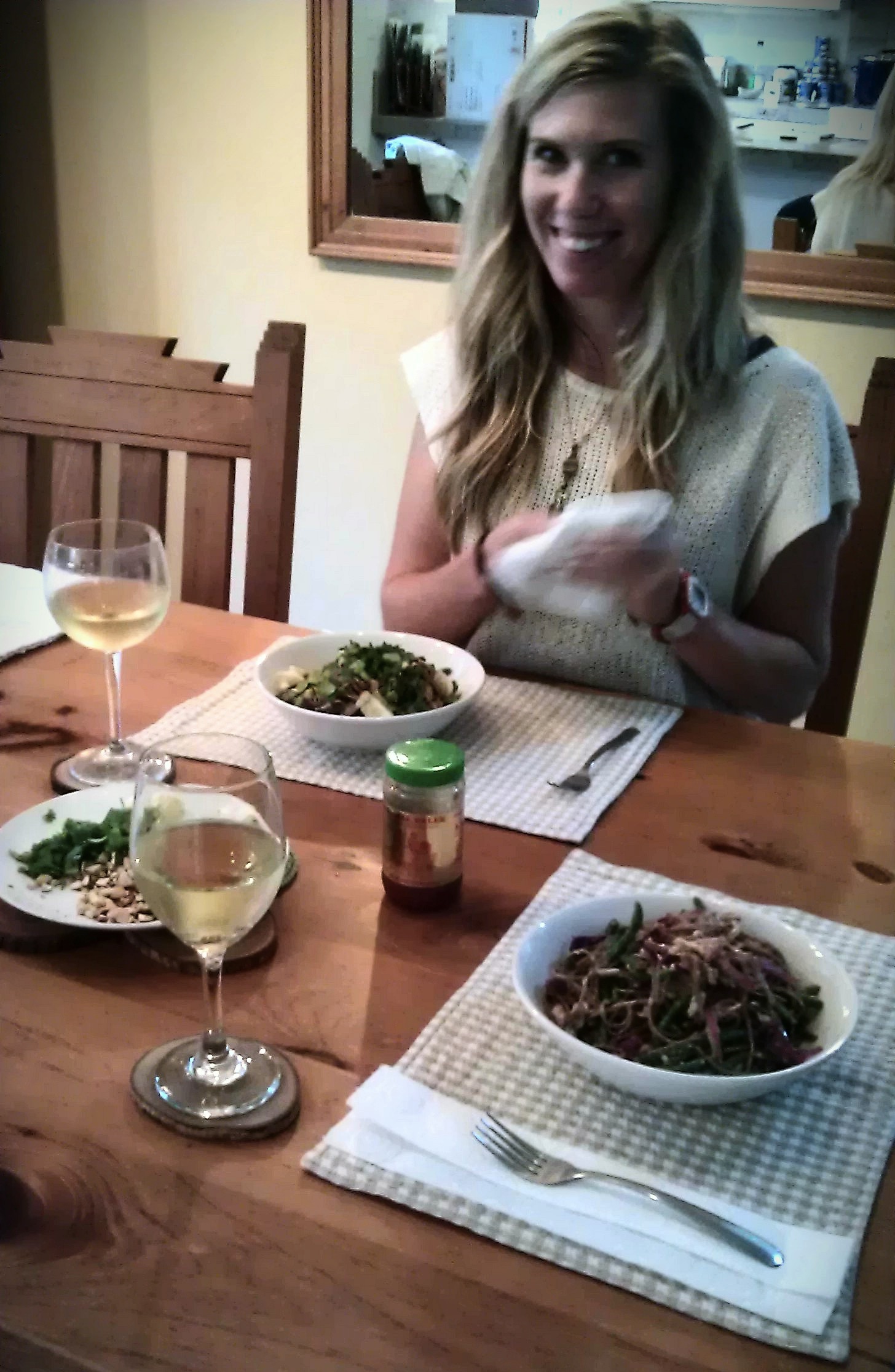 One of Sally’s all-time favorite dishes is Pad Thai, and I’ve tried a number of recipes for it over the years. I feel pretty settled on a good solid sauce recipe, which is the heart of the dish. As emphasized by Chez Pim, it is critical to make the sauce ahead of time because everything is cooking so quickly that you don’t have time to taste and make small adjustments on the fly once the dish is cooking.

Last night I made a new variant of the dish. I used the basic framework of the recipe at Chez Pim, and my usual sauce recipe (which I keep frozen and defrost as necessary), but used soba noodles, frozen green beans, egg, ginger, garlic, and onion. We topped it with the usual lime, cilantro, and green onion, but instead of crushed peanuts used crushed, freshly toasted cashews. We happily endorse this alternate recipe.