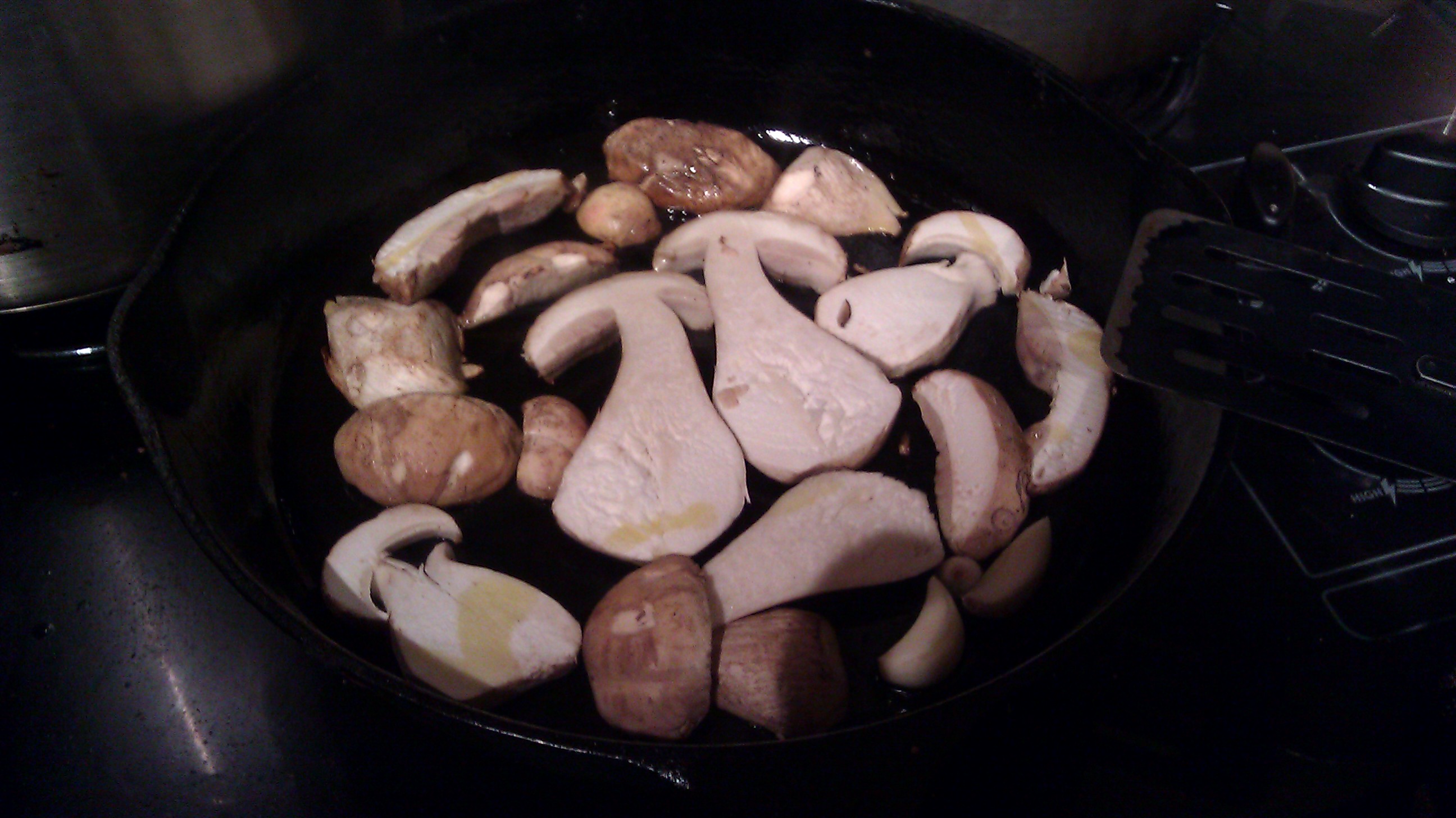 There has been a spike in mushroom activity in my life in the last few days. In the Santa Cruz area, one of the first mushrooms to emerge with the fall rains is the Porcini (Boletus cf. edulis & friends), and the two specimens I’ve tasted were easily my favorite mushroom of all time. I’ve spent the last two falls trying to catch them at the right time and the right place, but have never successfully found them in the wild. I was determined to change all that on Sunday, and ventured out to an area with lots of mixed woods but plenty of Douglas Fir cover, an area where I know others have found Porcinis. I searched for about 2.5 hours through oak, fir, madrone, and manzanita duff, all the while thinking about the delicious dinner we’d enjoy with the day’s bounty.

The trip turned out to be a lot like a credit card commercial. I left the woods empty handed with Boletes on the mind, and unwilling to let my culinary dreams crumble alongside my foraging ego, I drove down to Shopper’s Corner and bought a handful of Boletes (I actually think they were Boletus barrowsi, not edulis, but delicious nevertheless). Sally and I made perfect pappardelle pasta from scratch, and we topped it with the sautéed boletes in a creamy sauce made from butter, half and half, and dried, ground porcinis. It was amazing- the bitterness of defeat was not even the slightest bit detectable.

Yesterday, at the Science Hill bus stop on the UCSC campus, I spotted some Coprinus mushrooms from the bus. I was not yet fully caffeinated, and therefore only half-certain of the identity, but a friend on campus confirmed their identity as Coprinus comatus, the edible and allegedly delectable Shaggy Mane. While another species in the genus is well known for containing a compound (coprine) that reacts with alcohol in the body to make one sick, the reaction is not as common in this species, though my friend warned that he experienced it. I couldn’t resist tasting them, but was also curious how I’d react, so I sautéed a few pieces in olive oil and salt, and ate them alongside a homemade beer I bottled a few weeks back. At the time of this writing, it looks like I’m in the clear!

Species in the genus Coprinus are famous for liquifying/digesting their own tissues in the gills in order to disperse the spores; mycologists call this “deliquescing”. I call “deliquesce” one of my new favorite words. 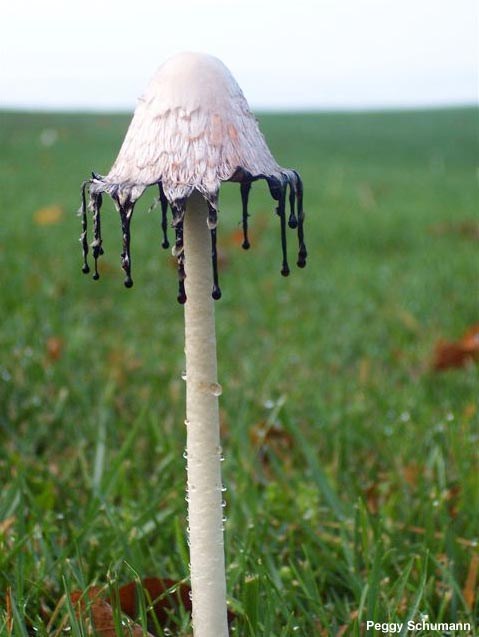