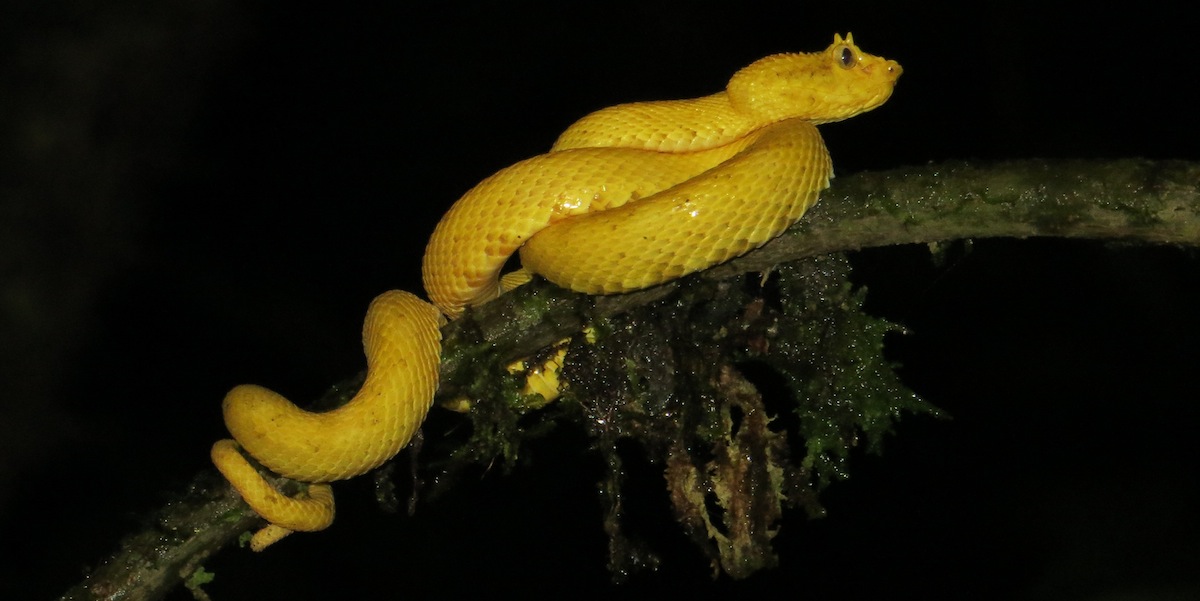 (La Selva) Things have really gotten into a rhythm now, which is nice when doing fieldwork because it gives you a little bit more of a sense that you know what to expect. Today we collected more for our project, which entails walking around in the woods seeing lots of stuff.

I continue to see a huge number of things I have never seen before, including something that was very high up on my list- an Eyelash Viper (Bothriechis schlegelii, above). These small snakes can be banana yellow or mottled green, and though I’ve been expecting to see the green morph, it is so stunning to see a uniformly bright yellow snake against a leafy background at night. A real highlight of the trip!

You may have seen the segment of BBC’s Planet Earth which captured the black with iridescent blue Superb Bird of Paradise (Lophorina superba) male displaying for a female. The male makes a loud clacking noise with his wings while hopping side to side with his plumage held out. Well, there are no birds of paradise here, but today at lunch I heard a sound very similar to that coming from the bushes not 10 feet from my seat. It was a small, sparrow sized bird called a White Collared Manakin jumping among a bunch of vertical stems, clacking his wings. This was an immature male getting the hang of the dance, but I’d say he does a pretty good job. VERY cool!

Below: A Collared Araçari (Pteroglossus torquatus) seen just outside the classroom. 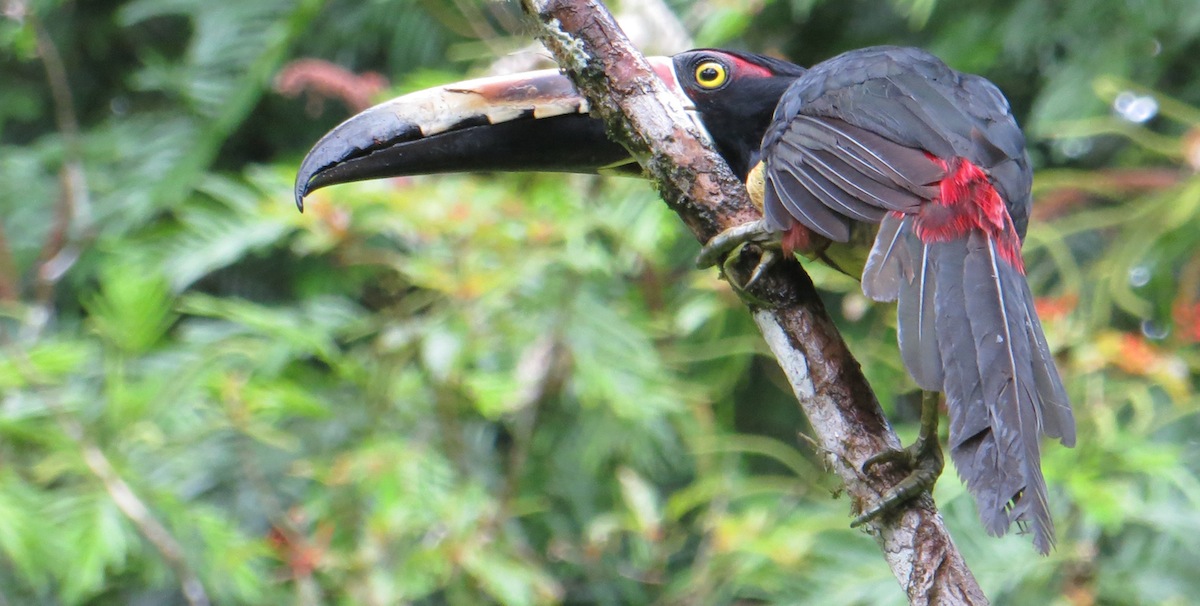 « A walk in the woods A Lazy Sunday »