Home on the Heliconia

(La Selva) Today we finished up and presented the projects we’ve been working on during the course. The class project, a study of the diurnal and nocturnal beetle species, won’t have the data collected until the (large!) samples are sorted back in the states. We also worked in groups of three, and our group chose to investigate the communities of beetles that live inside the flower clusters of Heliconia imbricata (above). Heliconia plants are similar in some ways to bird-of-paradise or banana, and their flowers are clustered inside of bracts which are arranged in elongated inflorescences. The bracts form cups which are perfect habitat for small creatures like insects and their larvae. We found that the beetles were not terribly diverse, but definitely abundant, and the community was dominated by a species of Chrysomelid beetle in the subfamily Hispinae. There were also large numbers of hoverfly larvae, the abundance of which I believe is associated with decomposition of the flowers. We have a small sample size, but if you squint hard enough at the data, I think the trend is there. It would be an interesting project to throw some more data at.

Below: A White-necked Jacobin stands watch over his patch of Heliconia. 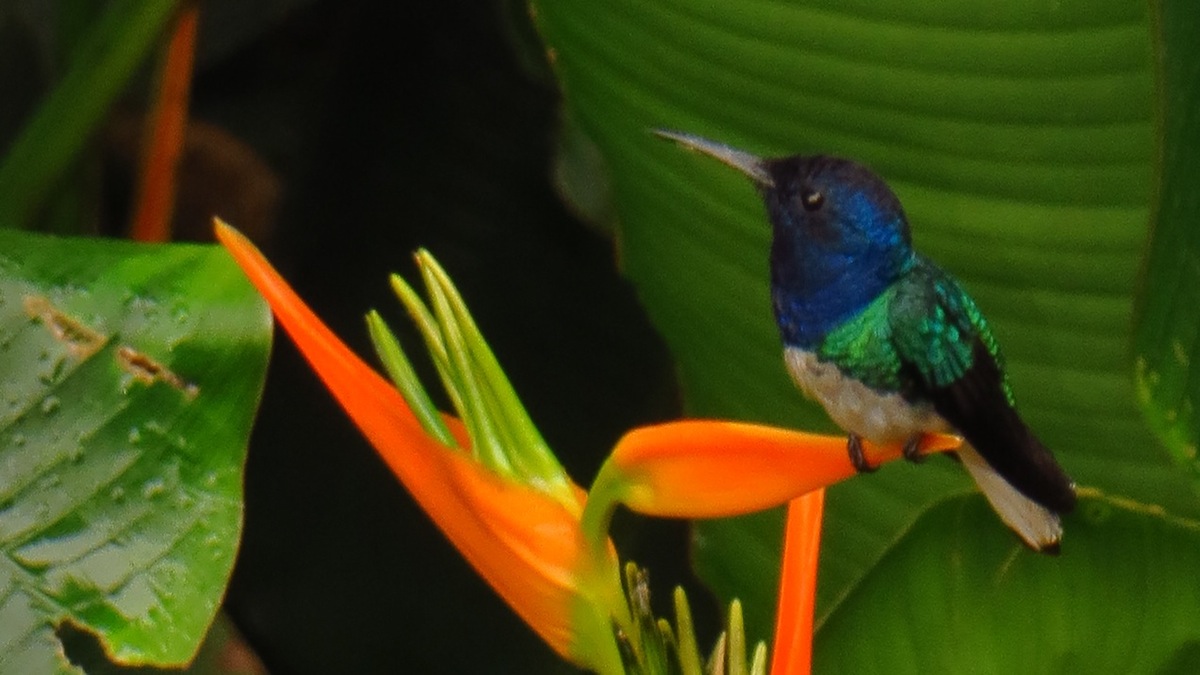