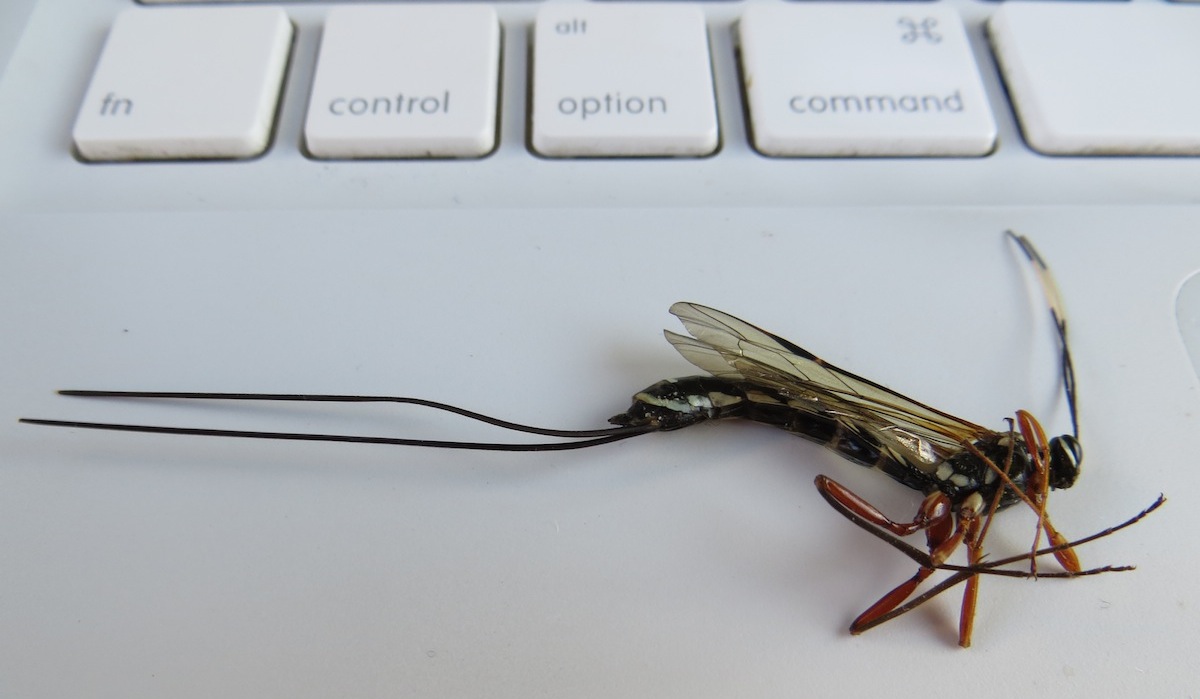 While visiting friends in Corvallis after the meeting of the Ecological Society of America in Portland last week, I captured a large wasp that flew in to the light over the table while we ate dinner. You can get a pretty good sense of perspective from the photo, but her body is about an inch long, while the stinger-like appendage coming from her rear is over an inch and a half long. I was immediately thrilled to see this wasp, because it belongs to a group of wasps with a very distinctive lifestyle, and though I had read about them in books as a kid, I have never seen one before this in the flesh. As it turns out, this group of wasps–the family Ichneumonidae–is even more interesting than I had realized.

Ichneumonids are famous for their long, stinger-like ovipositors, which they use to “inject” eggs deep into a plant (below, from Wikipedia). The young larvae that eventually emerge from the eggs do not feed on the plant tissue; rather, they will find the larva of another insect that is developing inside the plant, burrow into it, and eat it from the inside out. Female Ichneumonids carefully search over host plants for laying sites, listening for burrowing larvae using their antennae. Because these other larvae are usually eating away at the host plant’s tissue, Ichneumonids are sometimes used as a biological control agent of pest insects. However, they do parasitize a wide variety of hosts, including spiders. 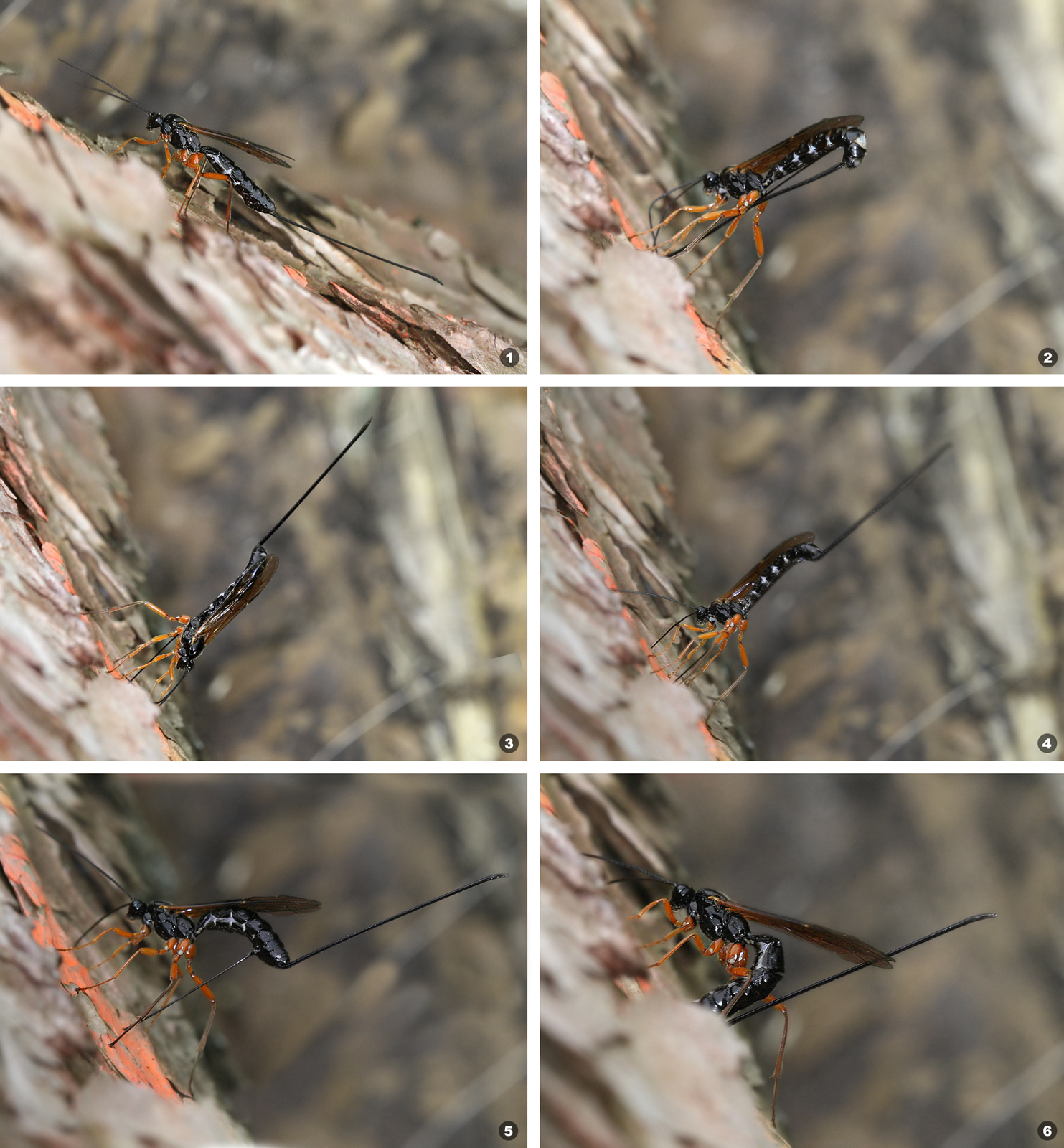 As cool a story as this is, I was more impressed to learn how many species are in the family Ichneumonidae, particularly given that I have never seen one (at least I think I’ve never seen one…). In North America alone, there are around 5,000 described species, and perhaps another 3,000 remain undescribed. Scientists estimate that there are between 60,000 to 100,000 species worldwide- putting them up there with the weevils (below, from Flickr user Charles Tilford)as the most diverse family on earth! 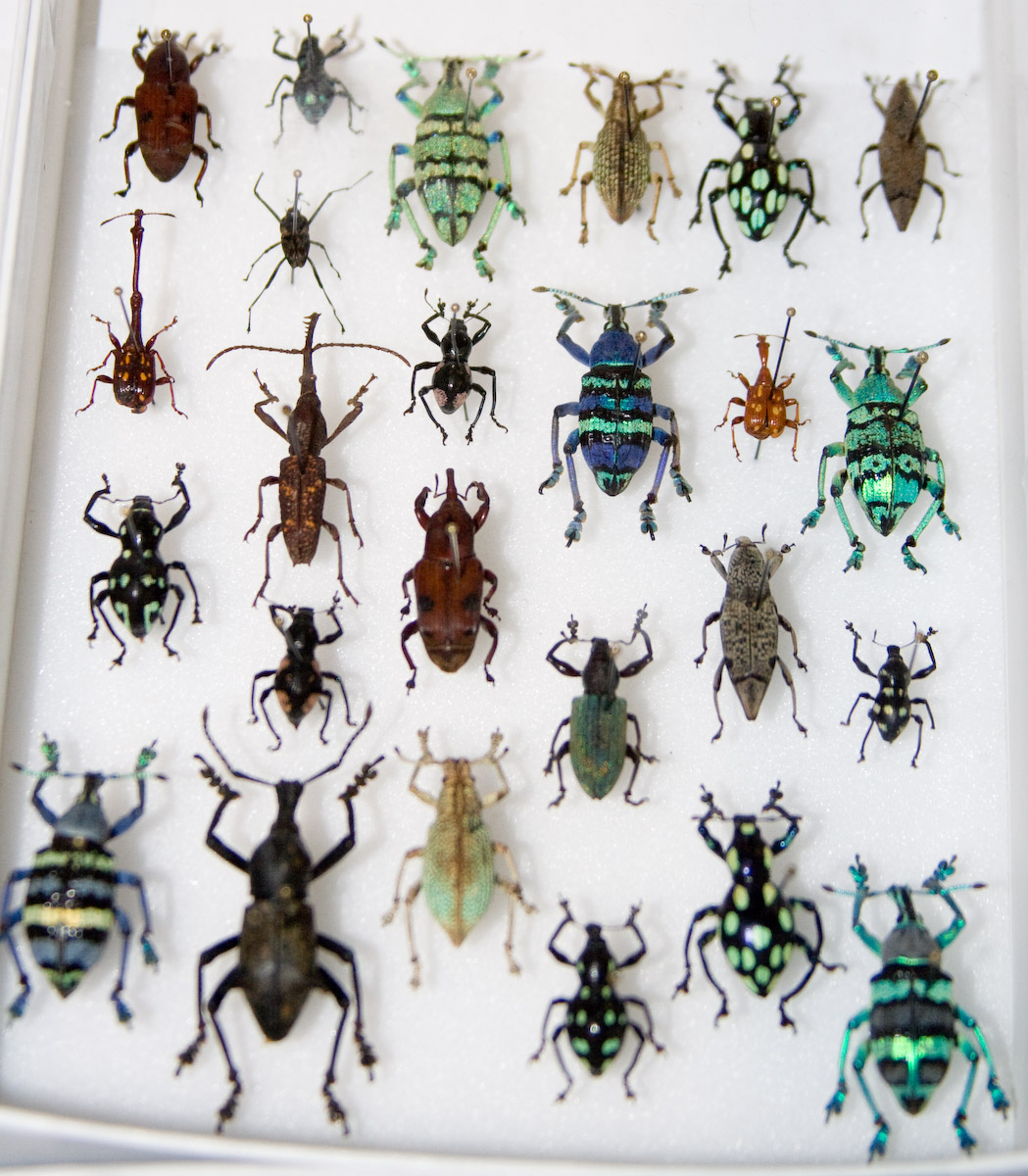 For more on Ichneumonids, check out their pages on BugGuide. Wikipedia’s article also features a special mention of Darwin’s perspective on their gruesome reproductive strategy.