Wow, can it really be July already? It has been a while since I brewed a batch of beer, and I’ve really been looking forward to using one of our warm Bonny Doon summer afternoons to do so. An added bonus is that this summer will be incredibly busy for me, which makes waiting for beer to ferment much easier. In order to get in the brewing mood, I thought I’d post about some beers I’ve made.

The first beer I brewed came without a real recipe. I walked into our local homebrew store and they employee helped me just throw together what he thought would be a good hoppy IPA. It came out less hoppy than planned, with less alcohol than a typical IPA from the States, resembling a traditional pale ale moreso than an IPA. I decided this hybrid style should be called an “American Indian” Pale Ale, and named it Ishi, after the Yahi Indian who lived at UC Berkeley in the early 1900s. The label and recipe are below. (Ishi was featured on Santa Cruz’s finest photo blog!) 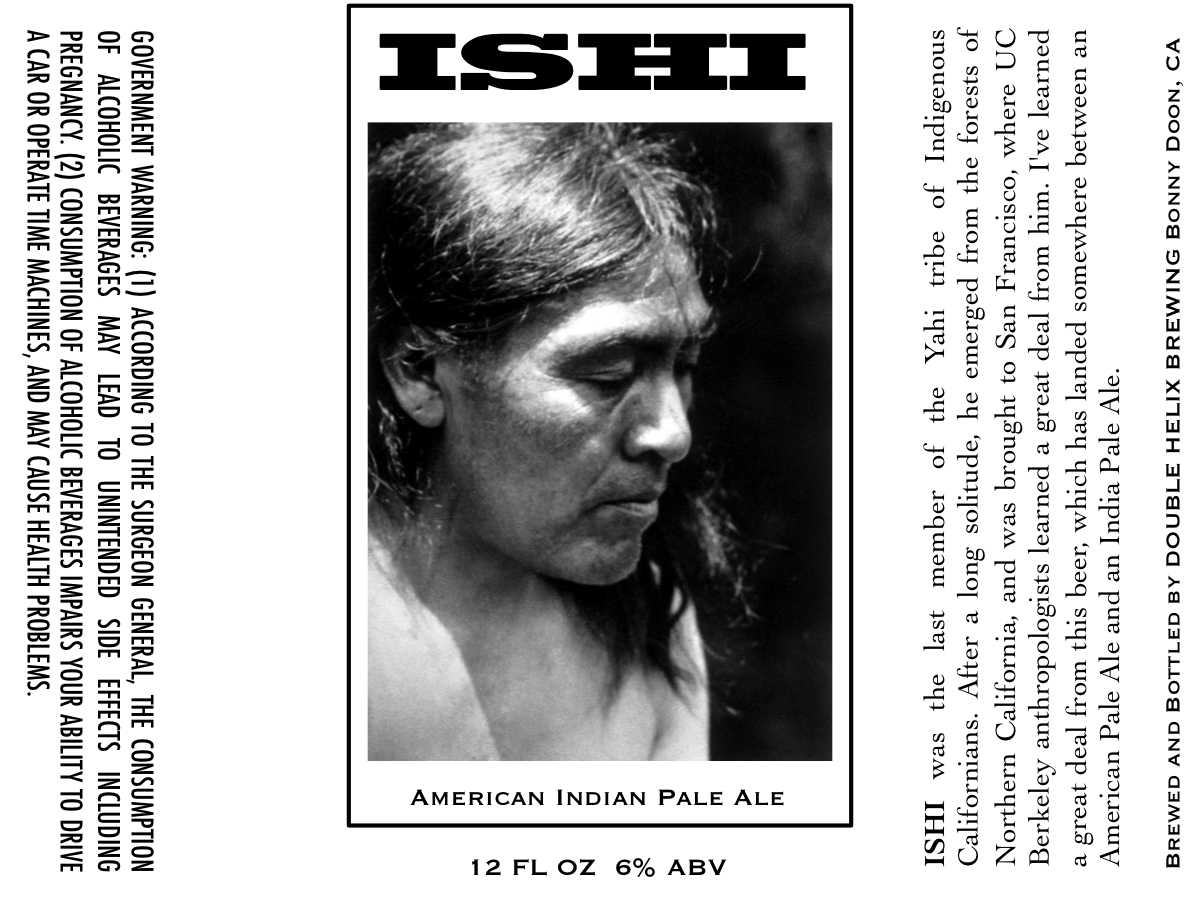 « Who split the beans? Which K is right for you? »