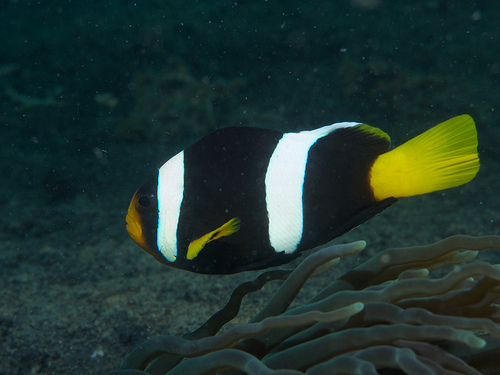 Above: _Amphiprion sebae_ in Java. From Flickr user Daniel Stoker.

For the vast majority of scientists, open access publishing and data sharing has become all the rage. Many scientific journals require that data such as DNA sequences be submitted to online data repositories for anyone to access. It cannot be emphasized enough how crucial this practice is to scientific progress. The recent leaps and bounds that have been made in resolving evolutionary processes would be impossible without these data resources. For example, a recent study relied on public data to demonstrate that the number of species in a group of organisms is not related to how long ago that group has been around, contrary to some expectations.

However, it’s important to remember that a lot of steps go into generating these DNA sequences, and each one is an opportunity for error to be introduced. Aside from ensuring correct locality data, ID numbers, and guarding against contamination during molecular labwork, a taxonomist must identify what species each specimen belongs to, which is not always such an easy task. Unless the DNA sequence is associated with a specific individual specimen (voucher) or a photo is available, that information is lost forever and subsequent users must rely solely on the identification assigned by whoever collected the tissue sample.

In working on the phylogenetics and population genetics of anemonefish, I’ve been lucky to find quite a bit of DNA sequence data available online. Occasionally, unexpected patterns arise, and ever the skeptic, I want to know whether that aberrance is evidence of a “real” biological pattern or human error. I came across such a pattern, and was able to resolve the issue thanks to the fact that the authors had posted photos of the voucher specimens along with their collection locales on the Marine Barcode of Life website. The photos perfectly match the species with which their DNA most closely resembles (Amphiprion clarkii), and not the given name (Amphiprion sebae).

My intent here is not to rag on these data, but to encourage the practice of providing voucher photos along with those data whenever possible. Public data should not in any way be written off; just taken with some scrutiny and a healthy dose of gratitude for the substantial amount of work behind them.

Below: Amphiprion clarkii in Java. From Flickr user divemecressi. 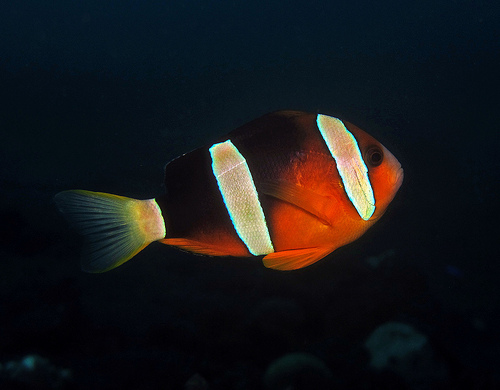