On the various contrivances by which beetles are captured by coleopterists 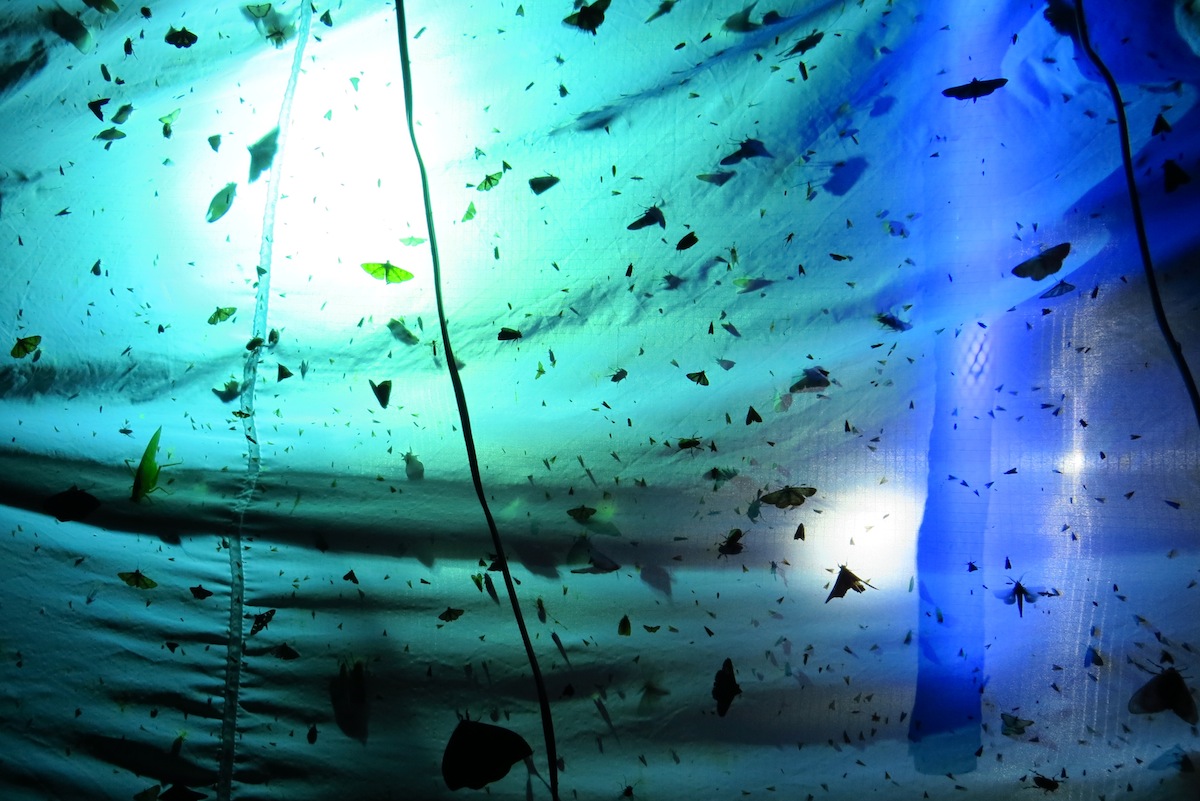 I thought I’d write a post about the ways in which we’ve been acquiring beetles. Of course, one method is to wander around actively searching for beetles. This can be slow, but I find it to be the most interesting because you get to see the beetles in their natural habitat and learn a little bit about what they do (e.g. which plants they associate with). The beetles can either be grabbed by hand, captured in a net, or sucked up with an aspirator. An aspirator is a small hand held device consisting of a vial, rubber stopper, and tubing. The user places his or her mouth on one piece of tubing, and sucks insects into the vial using a “kissing” motion. The other active collection method I’ve taken a liking to is using a “beat sheet”, which is essentially a simple kite. The kite is held under some branches, and the branches are whacked with a stick, causing insects to fall onto the kite, where they are then aspirated.

Passive methods of collection like traps that use a bait (or light or nothing at all) seem to yield far more insects, but the information about what the insects are doing is mostly lost. I explained on June 8 that we have been using flight intercept traps to get an idea of which beetle species are active during the day versus those that are active at night. Our traps have captured quite a few specimens, most notably some small but iridescent red-green scarab beetles.

One of the coolest collection methods, though, is sort of halfway between passive and active. Every night we hang a big white sheet with a UV and mercury vapor lamp almost touching the sheet. The light draws in the insects, but they are alive and must be actively collected. Of course a huge number of moths come to the light, but hundreds (thousands?) of other species can be found there as well, including lots of tiny beetles. Some nights the light sheet can be a pretty crazy experience, with insects flying everywhere (occasionally a moth will find it’s way into a person’s mouth) and lots of unique species. I sometimes have the impression that aside from some of the small flies and bugs, most of the things on the sheet are singletons and every individual is a different species. This is also how we have attracted one of the huge species of beetles (>4”), which drew blood when I tried to help remove it from another student’s shirt!

Above: A light sheet attracts a huge number of insects.

Below: A few of the moths attracted to the light sheet on a single night. 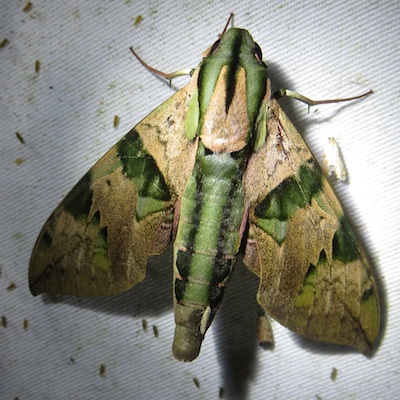 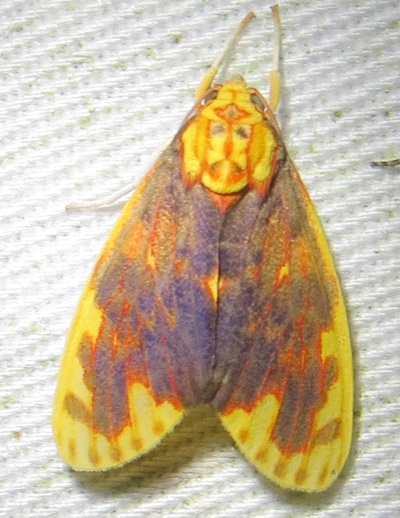 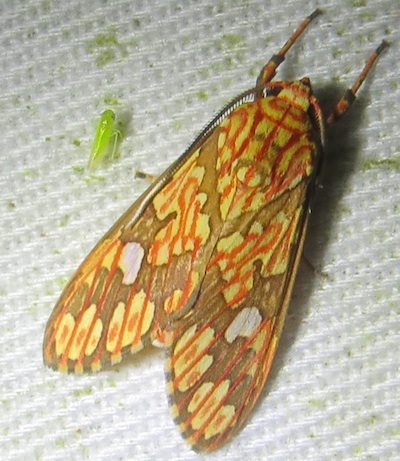 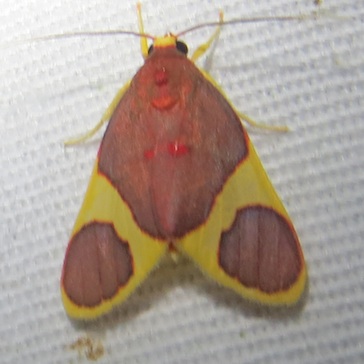 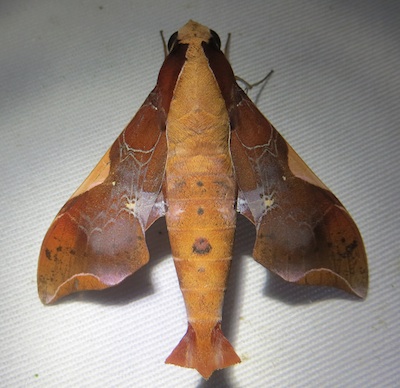 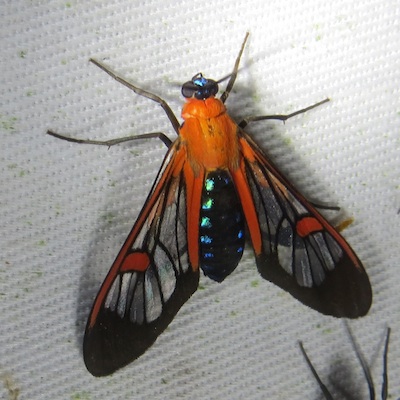 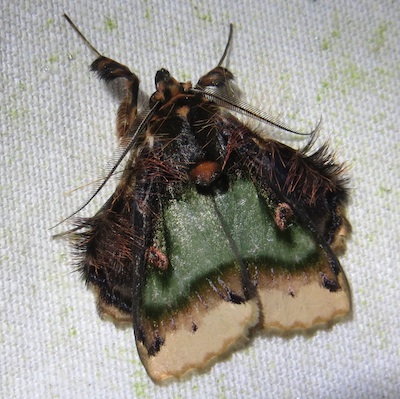 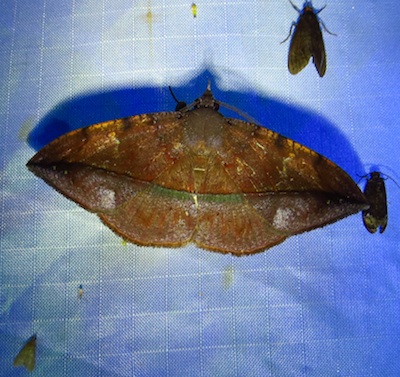 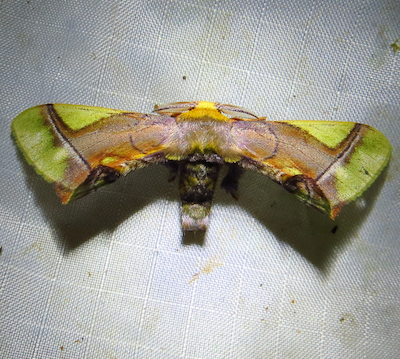