Who split the beans?

When it comes to cooking, the two things that I struggle the most to get right are rice and beans. I tend not to measure things out, and so rice turns out watery or burnt. I tend to be in a rush, and so cooking dry beans can be a challenge due to their long cooking times. Even when I do have plenty of time and follow directions (soaking etc), the most common problem is that the skin of the beans pops off during cooking. This is fine for a dish like hummus where the shape of the beans isn’t important, but is not good for something like a bean salad. When the beans lose their skin, they crumble and break down, and the dish turns into a bean mush.

I suspect that the beans lose their skin due to being heated too quickly. The “meat” of the bean swells before the skin has a chance to rehydrate and become pliable, causing the skin to rupture, leaving you with a pot of bean skins floating over bean mush. I think this is where the soaking period really plays an important part. But, today I discovered another stage at which skin rupture can occur: cool down. I cooked some big, white Gigandes beans from Phipps Country Store in Pescadero, and took enough care cooking them that it seemed like they had mostly retained their skins. However, when I drained them immediately after they finished cooking, I watched their skins splitting and peeling as they sat in the colander (below). Less than desirable, given that my intention was to toss them with some steamed kale, chopped garlic, rosemary, and a little lavender and paprika (above).

The moral of the story? If you want skins on your beans, soak them, heat them slowly, and let them cool to room temp in the cooking water before draining. 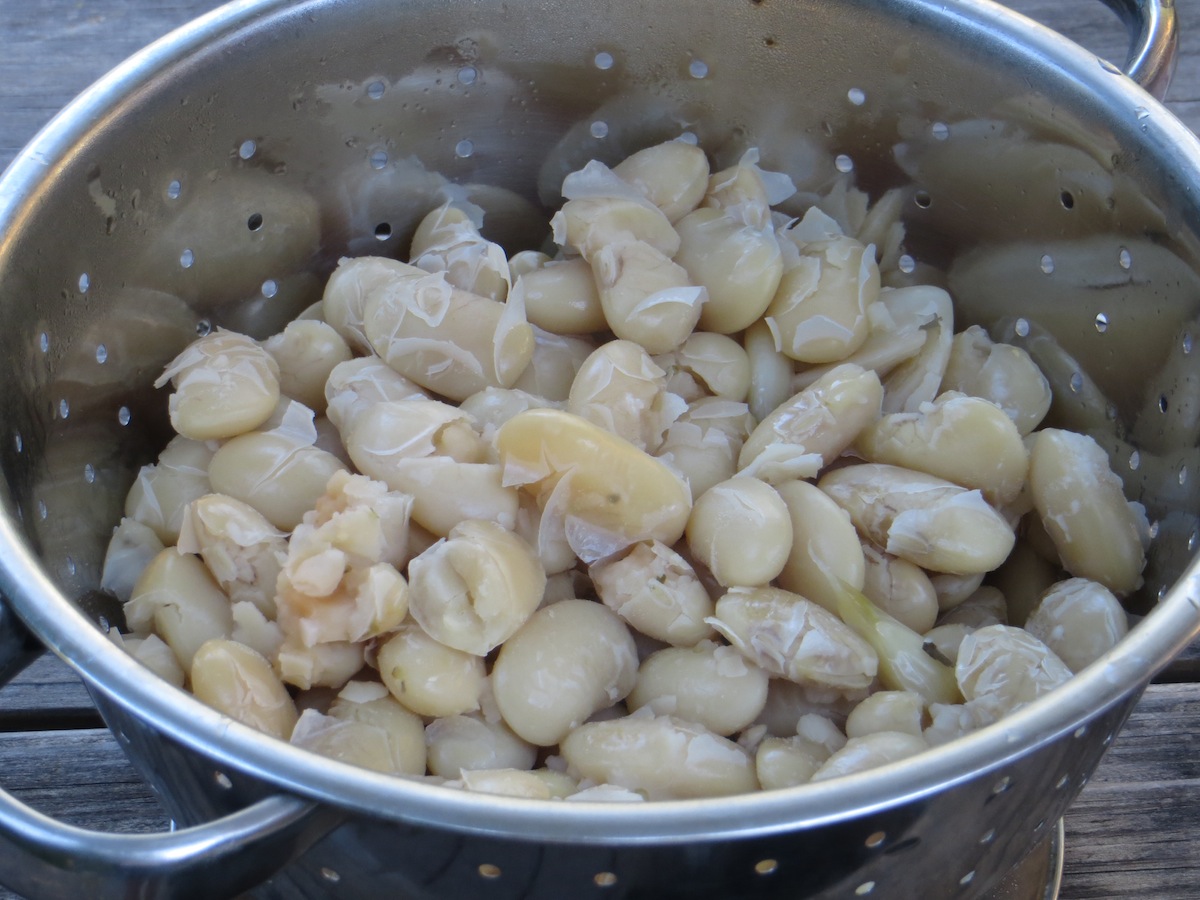