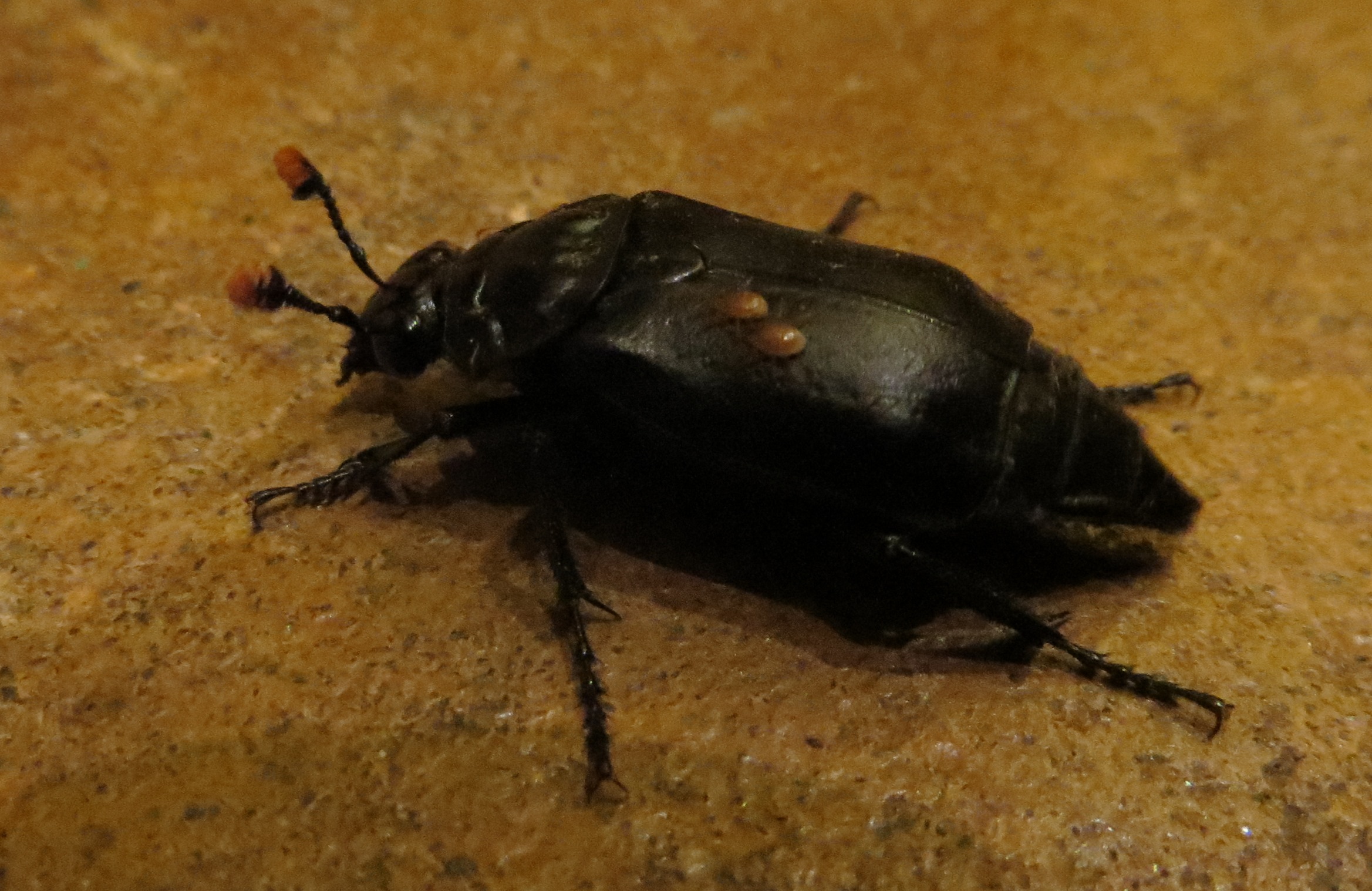 Something I am regularly appreciative of is the bottomless depth of weirdness in the biological world. While curiosities like the sexual relationships of anglerfish or Cordyceps’ conquest of insect brains may seem unusual, weird things are always right under our noses, because in biology, strange is the norm.

Not long ago, this carrion beetle flew into the porch light up at my house. I went in for a closer look, and noticed the back had an unusual bumpy texture. As I grabbed it, the bumps began to move and drop off, as you might imagine crawling skin to look. By the time I managed to get this photo, all but a few of the bumps had dropped off and started to crawl away, but I could tell they were mites. Very strange. I assumed them to be parasites, but a little Googling unearthed a much cooler story.

These little mites (genus Poecilochirus) are commonly found on carrion beetles, but are not only harmlessly hitching a ride, they actually help out the beetles. As you might have guessed, carrion beetles feed on and lay their eggs in the decaying carcasses of small animals, but so do other insects like flies. Beetles tend to be a little slower than flies when it comes to finding carcasses, leaving them at a competitive disadvantage: The fly larvae will not only consume more of the food, but the developing beetle eggs as well. But, when a beetle arrives that is carrying mites, the mites hop off and immediately start working the carcass over, looking for their primary food source, fly eggs and larvae. So, it turns out that the mites are mutualists that mediate the beetle’s tendency to arrive late to the carcass party. Things like this make it pretty easy to stay enthusiastic about biology…

Below: A carrion beetle with a large payload of mites. Photo by Ian Gethings