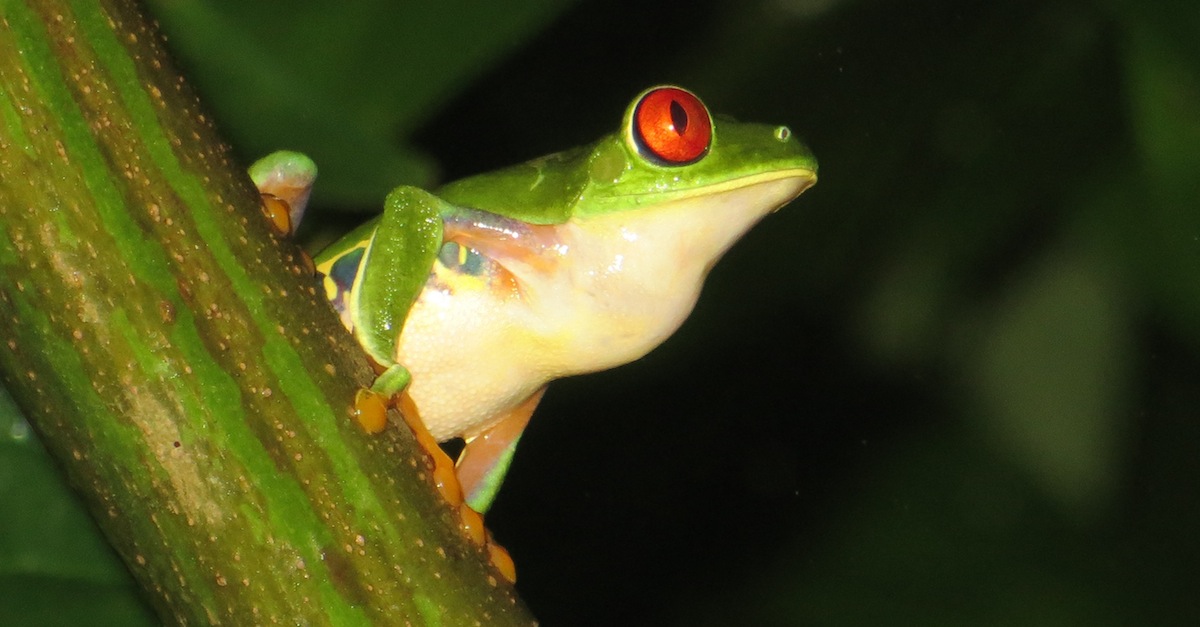 (Veragua) We left La Selva at 8 on Monday morning to drive to Veragua rainforest. Veragua is a privately owned park geared towards ecotourism and research. This is the low season for tourism, and so the park was empty except for us. There are some small exhibit buildings, a gift shop and cafe, and a canopy tram that was all eerily empty. One of the other students (Nathan Lord) pointed out how much it felt like the beginning of Jurassic Park. (Note: I’d really like the post to be titled “Welcome to ~Jurassic Park~ Veragua”)

Despite the regular rain from a passing tropical storm, we did some really great field work at Veragua. The first day we walked down a creek while sampling along the riverbanks. There is a surprising number of beetles to be found living in the interstices of the streamside grit! We also went beetle hunting along a trail by a river, which was some of my favorite collecting so far. There were really cool beetles everywhere, but I think the coolest find of the day was seeing a beetle species that does its best to blend in with Army Ants. You can actually distinguish them from the ants, but they have a distinctly ant-y look to them, and secrete pheromones that make them essentially invisible to the ants. A group of us sat next to a column of ants that was moving the colony and picked off some specimens of the beetles as they passed.

Above: The Red-eyed Treefrog is a Costa Rican icon; this is the only one I’ve seen.

Below: Oophaga pumilio is a dart frog who is famous for the many different appearances it has. In La Selva these frogs have blue legs (see photo from June 8th), but at Veragua they were completely red.